GREENSBORO – The North Carolina High School Athletic Association (NCHSAA) held the 2020 Dual Team Wrestling State Championships at the Greensboro Coliseum Field House. The State Championships capped off a week of exciting duals for the 2020 Dual Team Playoffs. Avery County claimed the 1A title with a 35-30 victory over Uwharrie Charter. Fred T. Foard earned the 2A title, defeating Croatan 59-9. Northern Guilford slipped past Enka 42-31 for the 3A championship. Hough stunned Cardinal Gibbons by a score of 33-31 to win the 4A championship.

GREENSBORO, NC – The Avery County Vikings claimed the program’s first Dual Team State Championship, taking the 1A Dual from Uwharrie Charter by a 35-30 final. Zachary Vance secured the victory for Avery in the 285-pound division, defeating Sergio Saldana from Uwharrie Charter 7-0 to win by decision and seal the title ahead of Avery’s final two weight classes that were vacant of qualified participants for the Vikings. Vance’s victory put the Vikings up 35-18, paving the way for a 35-30 final margin and earning him the 1A Most Outstanding Wrestler Award for the Dual Team Playoffs.

GREENSBORO, NC – The Fred T. Foard captured the program’s third NCHSAA Dual Team title, and first since the 2A title in 2015, dominating Croatan 59-9. The Tigers raced out to an early lead, earning wins by fall in the first four matches. Spencer Bechtol opened the match with a pin in 51 seconds at 120 pounds. Teammates Jamie Richard (126 lb.), Zane Birtchet (132 lb.), and Braden Wharton (138 lb.) followed with fall wins of their own. Wharton was named the 2A Dual Team Playoffs Most Outstanding Wrestler for his efforts this week. Foard’s Landon Foor (195 lb.) and Brock Carey (113 lb.) also earned wins by fall for the Tigers.

Foard wrestlers also turned in strong performances with technical fall victories at 152 pounds for Justin Whalen and 170 pounds with Hunter Lloyd. There was a single major decision for the Tigers going to David Weaver at 160 pounds.

GREENSBORO, NC – Northern Guilford held off a hard charge from Enka to win the 3A Dual Team State Championship 42-31 earning the program’s first team state title in their first appearance in a Dual Team State Championship Match. Nighthawks’ heavyweight Noah Lampkin pinned his opponent Daniel Gath to earn six points and push the Northern lead out to 36-25 with two bouts to go, one of which would be a forfeit by Enka at 113 pounds.

GREENSBORO, NC – Cardinal Gibbons led the entire dual until the final bout at 113 when Richard Treanor from Hough managed to shove Hunter Gundry on his back and pin him at the 30 second mark of the match to earn six points for the Huskies, lifting them to a 33-31 lead and the program’s first Dual Team State Championship. Treanor was named the 4A Most Outstanding Wrestler for the 2020 Dual Team Playoffs.

Gibbons started off the match strong, earning decision wins by Ryan Dal Pizzol (120 lb.), Jaxon Maroney (132 lb.) and Francisco “Adam” Castiller (138 lb.) plus a win by fall for Thomas Fogleman (126 lb.). That staked the Crusaders to a 15-0 lead early. However, the Huskies battled back with a win by fall at 145 pounds as Justin Sanders pinned his opponent at 4:21. Trailing 25-6 heading into the 170-pound division, Hough rallied with a major decision by Anthony Fabian and a technical fall win by Julian Rawlins at 195 pounds. The Huskies nabbed fall wins with Dominic Harris (220 lb.) and Jacob Thomasson (285 lb.) stapling opponents to the mat to draw the Huskies within striking distance at 28-27, setting up Treanor’s heroics in the 113-pound bout. 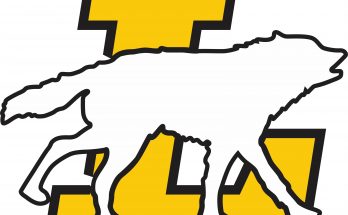