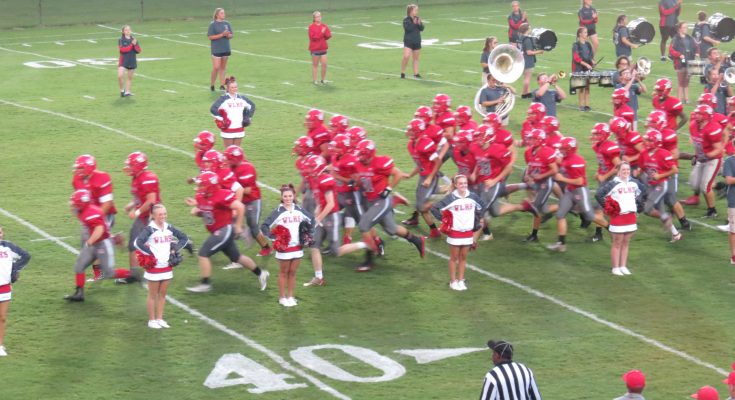 Canon Bridges ran for 269 yards and five touchdowns, all in the first half, and West Lincoln rolled to a 52-13 season-opening victory over the Draughn Wildcats at Douglas Leonhardt Stadium Friday night.

The Rebels ran for 466 yards as a team, and scored eight rushing touchdowns.  Bridges scored on runs of 42, 23, 45, 1 and 39 yards, while three other West Lincoln ball carries also got into the end zone.

The Rebels raced out to a 20-0 lead by the end of the opening quarter, then essentially put the game away with a 26-point second period.

The Wildcats scored a couple of fourth-quarter touchdowns on a Trent Corn one-yard run and a 6-yard toss from Braxton Cox to Denver Treadway.

The win was the first for first-year head coach Darren Ponder, who took over for the retired Tom Sain.

West Lincoln will be open this Friday, before hosting Cherryville on September 6.  Draughn will play host to Freedom this week.