Last week, David had the edge with 9 correct picks to Mike’s 8.  This week, the two have just one pick different, with that being a split on the Draughn-Bunker Hill game.

After seven weeks of high school football, David has a slim two-game lead on Mike, but Mike has an opportunity to close the gap to one.

Bandys at Lincolnton: DK: This may be the toughest pick of the night.  Both teams are still looking for their first conference win, and it should come down to which team is able to move the ball offensively … DK: Bandys 20, Lincolnton 12; MP: Bandys 21, Lincolnton 9.

East Burke at Patton: DK: This rivalry game is also tough to figure out, but the Cavaliers just seem to have a slight edge … DK: East Burke 28, Patton 24; MP: East Burke 24, Patton 14.

Draughn at Bunker Hill: MP: The surprising Wildcats have won five in a row and have put up big numbers during the streak. Bunker Hill, a winner last week over Fred T. Foard, has the home field advantage, but Draughn seems to be on a roll that will be hard to stop … MP: Draughn 35, Bunker Hill 19; DK: Bunker Hill 27, Draughn 24.

Alexander Central at Freedom: DK: The Patriots took one on the chin last week in a tough one-point loss to Hickory.  It doesn’t get any easier tonight with the Cougars in town …

Kings Mountain at Hunter Huss: MP: This matchup shapes up as the biggest game of the season so far in the Big South 3A and is one of the headliners in the area.  The Mountaineers roll in with a 7-0 record and lofty state ranking, while Huss counters with a stout defense and the recent addition of a highly regarded running back via a transfer. Kings Mountain simply has too much on offense … MP: Kings Mountain 35, Hunter Huss 13; DK: Kings Mountain 28, Hunter Huss 10. 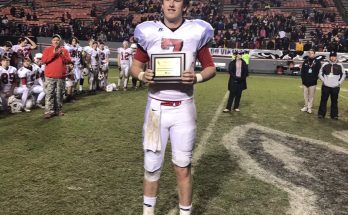