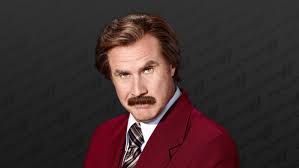 The website Awful Announcing.com — @awfulannouncing on Twitter— is a sports blog that, according to the site, “focuses on the perils and follies of the Sports Media.”

It was started more than a decade ago by a James Madison graduate, and the site has grown exponentially.

I check the blog occasionally to laugh at the gaffes and absurdities that sometimes come with live sports broadcasting. Given the 24/7 sports news cycle today, the blog’s writers have no trouble finding material.

In the spirit of the website’s satiric bent, here are some observations about announcing and the media as I navigate through another football season as a sportswriter.

Some of these sketches amount to diatribes and pet peeves; some are merely amusing:

I was covering a game last weekend when the announcer repeated that familiar phrase ad nauseam, “And it’s another first down for …” Except the guy intentionally did not complete the sentence so the home crowd could chime in with the team nickname.

This sentence was repeated about twenty times because the home team was having a big night offensively. Was I the only person in the press box who found this routine irritating?

If so, I am sure the scattering of fans in the visiting bleachers did not appreciate it.

Which brings me to my point: The job of the announcer is to keep the fans informed of who runs the ball, who throws it, who catches it, and who makes the tackle. Other useful information can be disseminated from time to time.

For example, an update on scores of area games is always welcomed, and frequent pitches for the concession stand goodies is standard fare.

However, I think boosterism in the press box has gotten out of hand. The gentlemen behind the PA mike are taking their duties too seriously. Some of them sound like they are doing play-by-play or color commentary. A few sound as if they are leading the student body cheering section.

Maybe I am old school, but there is something called sportsmanship, a sense of fair play, and respect for one’s opponents.

Fortunately, a few classy press box operations do exist. One of the best PA guys in this area is Danny Eaker, the home voice of Cherryville High School baseball and the Cherryville Post 100 American legion team.

Danny is obviously one of Cherrville’s most devoted fans, but he does not allow his allegiance to bleed through the mike. He is upbeat without going over the top, he is to the point, and he shows respect for the visiting team. A class act in every way.

One of the best PA announcers I ever heard was the late Max Garner. Max announced football, basketball and baseball at Lincolnton High for many years, and he was the consummate professional.

I once wrote a feature on Max for the Lincoln Times-News in the 1990s, and he related all his tricks of the trade. He said his primary goal was to be professional and to represent LHS in a classy manner. He succeeded.

I have endured such a blackout three times this season at the same press box. The PA announcer has a convenient overhead light that he can switch on, but the poor writer who is trying to record play-by-play statistics is left in the dark – literally.

For the season opener at this stadium, I was taken by surprise and had to resort to the dim light from my laptop. On the second visit, I brought a small plug-in lamp with a clip attachment.

However, that strategy was nearly foiled when all the chairs on press row were taken – a few by the ever-present hangers-on we see every Friday night – and I struggled to find an outlet in which to plug my precious light source.

When the third assignment rolled around, I came armed with an LED lamp that needed no outlet.

All this leads to a question: Where is the consideration for the people who actually work in the press box rather than merely hang out or socialize?

Oh well, no one really cares. But I had to vent anyway.